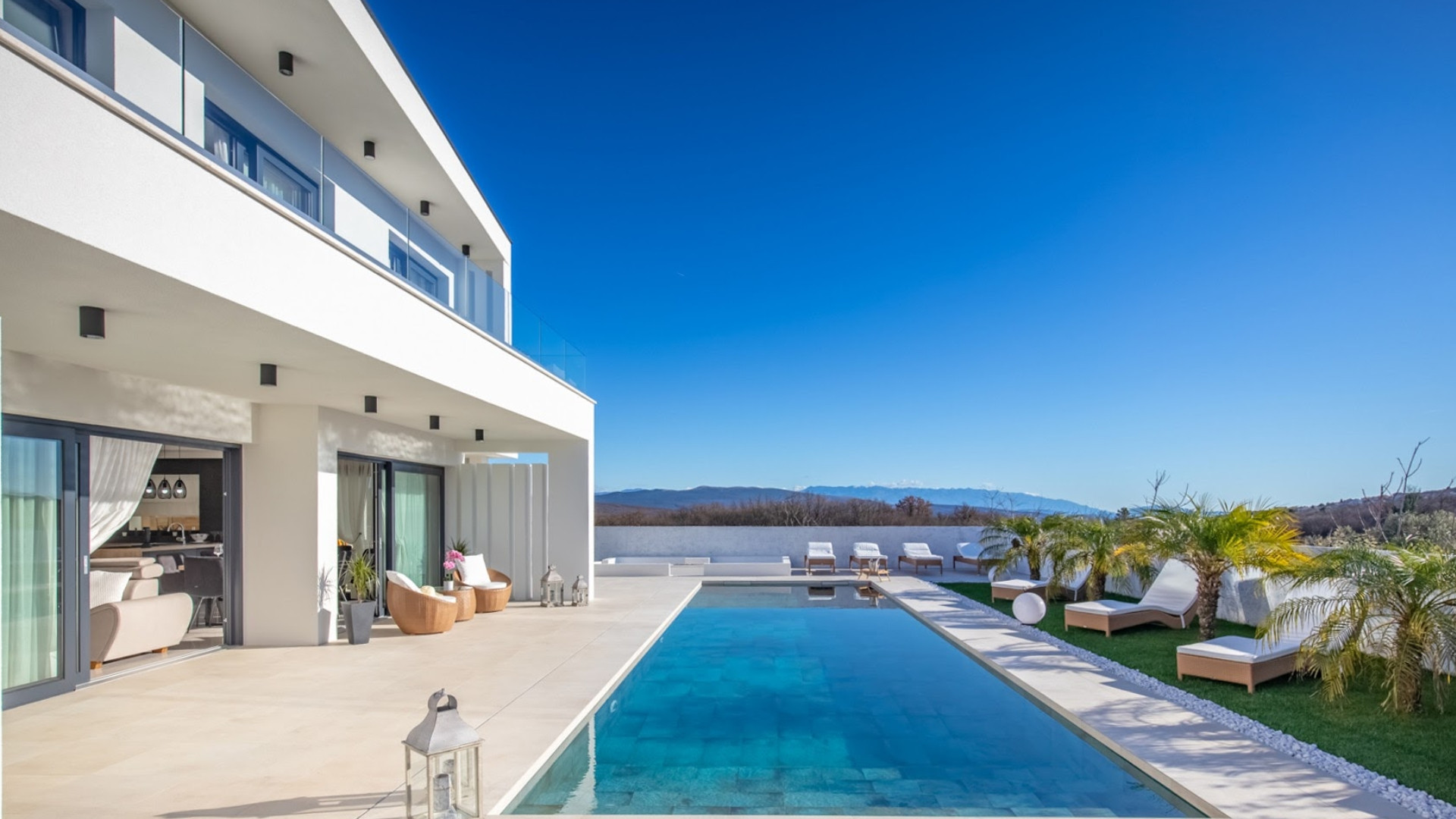 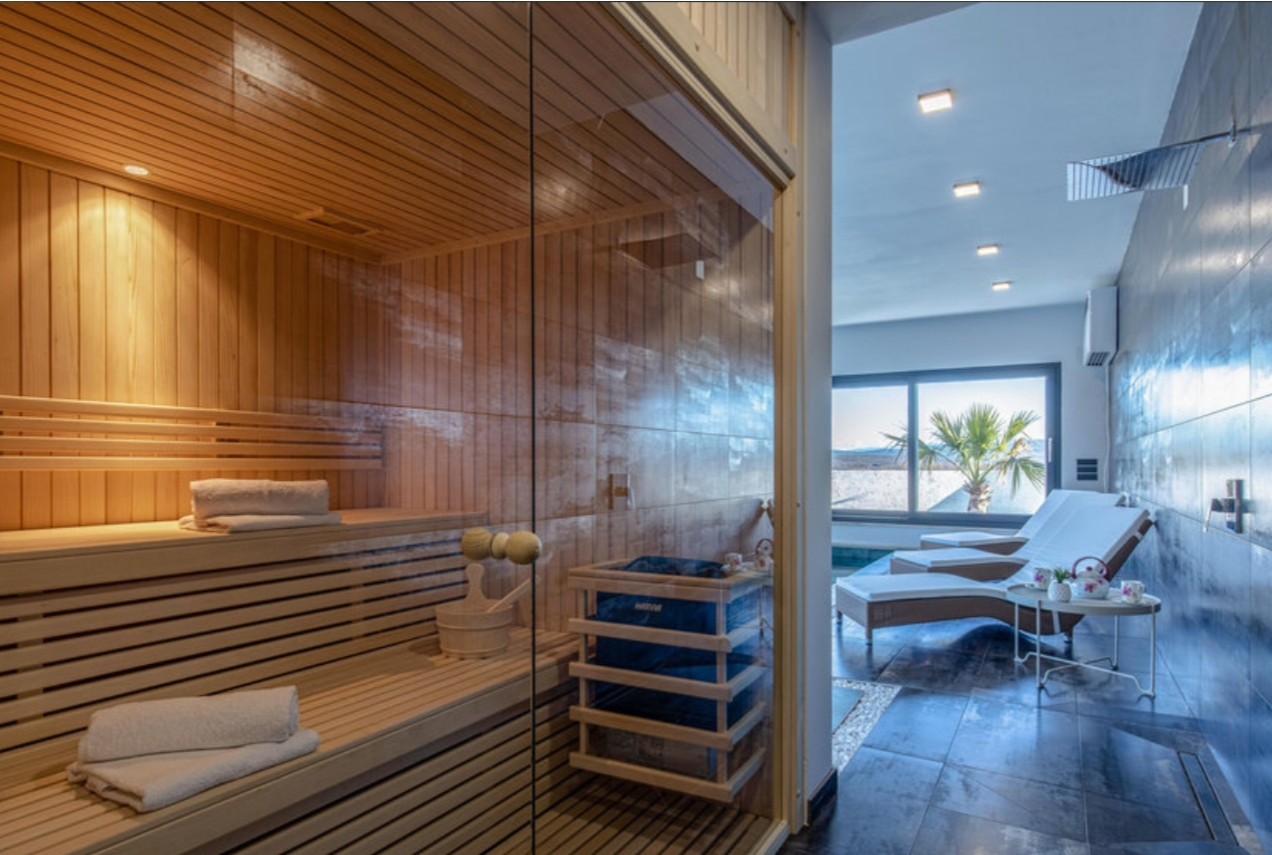 An ideal place for a relaxing holiday with family or friends

Luxurious, modern villa with outdoor and indoor pool, sauna and wine cellar on the island of Krk. This beautiful villa was built in 2020 in a quiet and secluded place that offers its guests an ideal place for a relaxing holiday with family or friends. It is fully equipped and offers a high level of comfort. The ground floor consists of a kitchen, living room, one bedroom with bathroom. On the first floor are an additional three bedrooms, each with its own bathroom and exit to the balcony with a beautiful view of the countryside and the sea in the distance. Guests of this ultra-modern home have an indoor pool, spa, sauna and wine cellar. In the beautifully landscaped yard you can find a summer kitchen with garden furniture, an outdoor pool with shower and three parking spaces. The center of Krk and the first beach are only 8 minutes away by car.

END_OF_DOCUMENT_TOKEN_TO_BE_REPLACED 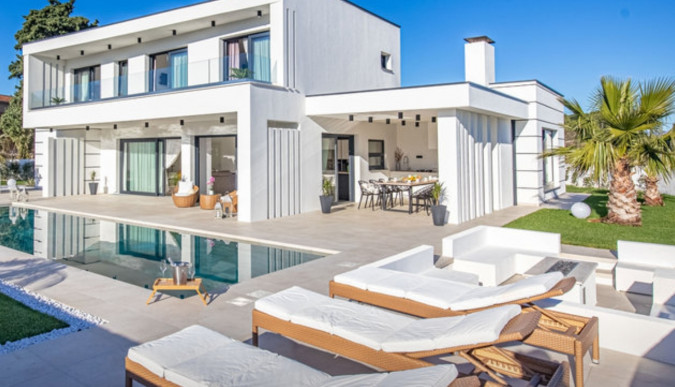 The island of Krk

Climate, flora and fauna: The island of Krk is located in a moderate and mild Mediterranean climate zone. The average summer temperature is 23 oC, the average sea temperature in the period from June to September is 20 oC. The most frequent winds are the bura, jugo and maestral. So on the north and south-eastern part of the island the jugo blows more frequently, and in part of the central and northern part of the island the bura prevails.
The island of Krk is included amongst the sunniest parts of Europe with 2500 hours of sun per year. The variety of relief and favourable climatatic conditions have contributed to the development of almost 1400 different plant species. In the central and western part of the island forests and cultivated cultures of Mediterranean fruit and vegetables prevail, with vineyards and olive groves. The north and south part of the island is marked with rocky land and pasture. The specificity of Krk’s landscape is its terrace shaped walls (gromače) and shepherd's mrgar which have been conserved on the limestone plateaus above the Baška valley.

END_OF_DOCUMENT_TOKEN_TO_BE_REPLACED 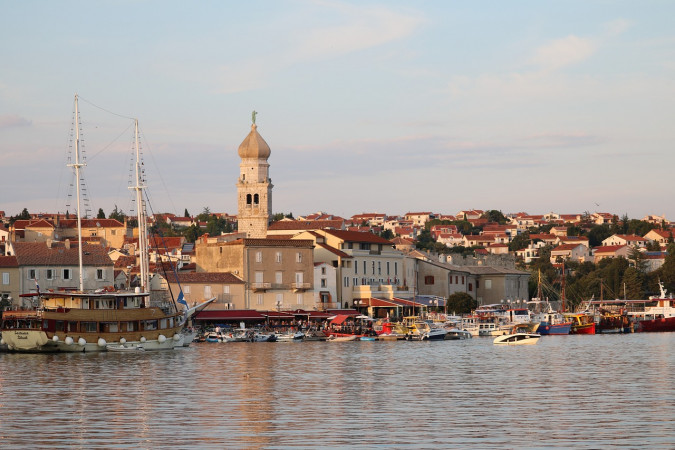